Skip to content
Previous Next
Video Production for Social Media

How a skilled videographer responds to the ever-adapting world of technology and media.

Social media is on the rise like never before. It’s beginning to become more and more prevalent in an everyday person’s life, and in turn, it’s beginning to have an important place in businesses as well. As a videographer who primarily works on videos for small businesses, this has really changed the way I have to think about the majority of my projects.

How has social media changed the way video’s are produced?

There are two major changes I would like to talk about. The first being general video length. When working on videos, you want the final product to be as perfect as possible. This means training yourself to be efficient and critical when going through footage. You need to be able to spot the best shots, as well as the shots that are important to the integrity of the project. You don’t want any time to be wasted, because ideally you want to be able to hold an audience’s attention for the entire video. So to essentially sum up what I’m saying, you don’t want the video to be any longer than it has to be.

Shorter video length to capture the attention of everyone.

Social media has taken this to a new level. People’s attention spans are becoming shorter as video are becoming increasingly shorter as well. In the editing process, I find myself having to be much more critical than usual, as the vast majority of footage will get cut. There’s only so much you can fit into a video when it can’t be more than 60 seconds long. Is this necessarily a bad thing? No, I don’t believe so. And I honestly value the skills I’ve acquired from learning to produce videos that are short, but still effective and entertaining. It’s just important to note, as I am sure I’m not the only one who has experienced this change in overall workflow. 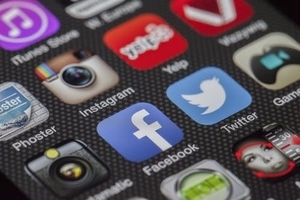 The second change I would like to talk about mostly has to do with Instagram, but includes a few other things as well. I’ll give you an example of what a client may want from a single video: a regular 3 – 4 minute long video, but also a 60 second version of that video to post to Instagram. On top of this, four instagram story clips to advertise the video. And maybe even two 30 second clips to use for facebook advertising of the full length video.

This is great honestly, because it provides quite a bit of work and has created a market for this type of video where it didn’t really exist before. But my workflow when I’m working on this type of video is quite different than usual. Now when I’m culling footage, I’m considering a lot more than just a single video. I’m considering where small clips can be pulled, and which shots would be most effective for the shorter versions of the video at the same time. With instagram stories specifically, their aspect ration is completely flipped so I have to keep an eye out for clips that are going to be able to work on that tall, but narrow format. This makes the editing process much more complex, but has also helped me become quite effective at figuring out which clips to use and what should go where. On top of that, it provides a lot of business to companies like ours who make this sort of video, and the videos themselves provide simple and effective marketing for the companies using them.

Adapting to the constant evolution of trends in technology and media

Technology is constantly evolving, which means advertisement and entertainment are constantly evolving too. As a video editor, I have to keep myself on top of this at all times. Learning new techniques and formats, learning what is current, learning what people are drawn to. But at the end of the day, that’s what makes this job so interesting and enjoyable. And being able to adapt to these new styles of video while maintaining our high quality standard is what makes our videos stand out above the rest. These skills are important to consider when hiring a videographer/video production company.